Sukhothai was the first kingdom of Siam (or Thailand, at present) established some 800 years ago. Sukhothai, literally means Dawn of Happiness, is most famous for the ruins of the ancient city Sukhothai. Sukhothai Historical Park, declared World Heritage by UNESCO, is the most attractive destination that draws a number of travelers all around the world year after year.

Sukhothai is a small city located in the valley of the Yom River on the lower edge of northern region, some 427 kilometers north of Bangkok.

How is Sukhothai’s old story

The town was founded in the 13th century on the fringe of the Khmer empire. The exact year is unknown, but according to the Fine Arts Office it was between 1238 and 1257. Founded by Phokhun Si Intharathit, it was the first truly independent Thai (Siamese) Kingdom after defeating the Khmers. Sukhothai enjoyed a golden age under their third king, King Ramkhamhaeng, who was credited with creating the Khmer-derived Thai alphabet which is essentially the same as that in use today. He also laid the foundation for politics, the monarchy and religion, as well as expanding its boundary of influence. Sukhothai was later ruled by many kings. The province is most famous for the historic city of Sukhothai, the capital of the Sukhothai kingdom. It is located about 12 km from the modern New Sukhothai city. Not far from Sukhothai are the famous Si Satchanalai historical park and the Kamphaeng Phet Historical Park which were cities within the former Sukhothai kingdom and of the same time period. The province was at first known as Sawankhalok; it was renamed to Sukhothai in 1939

How is Sukhothai’s today

Even today, Sukhothai province is most famous for its historical city of Sukhothai, the first capital of Siam. Despite an extensive history, the superb temples and monuments of this great city have been lovingly restored. These ancient ruins of temples and monuments become a breath taking destinations for travellers to witness the great history of Thailand.

The signature destination of Sukhothai is Sukhothai Historical Park which covers the ruins of ancient Sukhothai kingdom. The park was proudly declared as a World Heritage Site by UNESCO in December 1991. These ruins are easily explored by riding a bike through the ancient Sukhothai which is a recognized activity for most travelers. Other interesting places include Ramkhamhaeng National Museum, Ramkhamhaeng National Park, Sri Satchanalai National Park and The Royal Palace and Wat Mahathat. 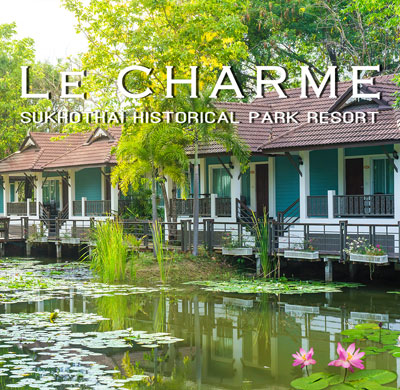